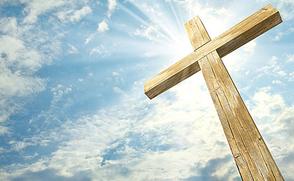 The Right Ways of the Lord

Why Have Some Called Us a “Cult?”

This past Wednesday night in the high school class, one of our astute and observant high school students asked me why some are calling us a cult. After the death of Matthew Winkler, there were several in the media who were seeking to “analyze” the situation. One Nancy Grace on CNN invited a Baptist “pastor” to come and answer some questions. During this interview, the “pastor” said that the church of Christ was a cult like religion. While he didn’t come out and call us an outright cult, there are others who do. Why do some refer to the churches of Christ as a cult?

First, there has been some confusion between the churches of Christ and the International Churches of Christ which is the former Boston Movement, a.k.a. Crossroads Movement. While the ICOC had its origins among churches of Christ, their practices were not consistent with what we practice and they rapidly became identified as a separate religions group. Some of their practices included a one man leader type system in a hierarchical pyramid style organization. They also held to the practice of “prayer partners” where one would confess sins to a “higher” Christian. These confessions would then be used to manipulate the “lower” Christian into the “correct” behavior. With such mind manipulation techniques and a single charismatic leader many correctly identified them as a cult. Unfortunately, the distinction between the ICOC and the “mainline” churches of Christ was not so clear in the minds of observers. One government document in the 90s identified the “Church of Christ” as the most rapidly growing cult in the United States. In that same document there was a footnote that identified “churches of Christ” as the ICOC or Boston Movement, but this was not commonly understood. This failure to understand the difference between these two bodies has contributed largely to the confusion that many today have.

Finally, because the churches of Christ teach the necessity of baptism prior to salvation, denominationalists level the accusation of “cult” against us. It doesn’t matter to them that the Bible itself teaches the necessity of baptism prior to salvation in such passages as Mark 16:15 , Acts 2:38 , Acts 22:16 , Romans 6:1-11 , Galatians 3:27-29 , Colossians 2:11-13 and 1 Peter 3:21 . So in essence, this is the classical logical fallacy of argumentum ad hominem (attack the man or in this case, the church). In essence the argument is, “Don’t believe that baptism is necessary for salvation because they are a cult and cults can’t be believed!” There is no effort to deal with the actual issue of what the Bible plainly teaches. In essence, they label us a cult because they can’t refute what is plainly taught in the scriptures and what we believe.

It is sad that denominational leaders and people outside of the church will blindly accept such accusations and criticisms without investigation, but that is exactly what occurs. The Lord’s church has experienced such criticism since its inception (Acts 24:5 , 28:22 ). Even Jesus was accused unjustly (Matthew 9:34 ). We, however, as the church, ought not to let such unwarranted criticisms move us away from the truth of the scriptures; we have truth and it sets us free from the shackles of denominational teaching and practices, which practices are rapidly leading the denominations into the acceptance of immorality in our day and age. The church of Christ is not a cult regardless what others say. Let us continue to hold fast to the truths of scripture regarding the nature of the church, the plan of salvation, and religious practices that are pleasing to God and not man (Galatians 1:10 ).